2. The tangent line and linear approximation

The single most important thing to remember about the derivative is that it tells us how best to
(locally) approximate a function by a straight line (the tangent line to the graph). The slope of
this line is also referred to as the instantaneous rate of change of the function (at the point under
consideration).

This is called linear approximation; we are approximating a function with a line.

Let’s remind ourselves how this works by looking at an example. Suppose we consider the
function
f(x) = sqrt(x).

We know the exact value of both f and f' at any perfect square (1, 4, 9, 16, ...), and can readily
find the equation of the tangent line to the graph at any point corresponding to one of these.

Let’s look at the tangent line at the point (16,4), together with the original function 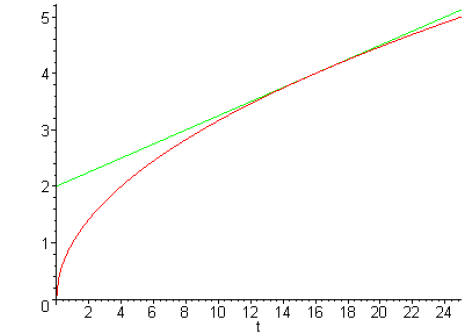 Here is a plot of the difference between the two: 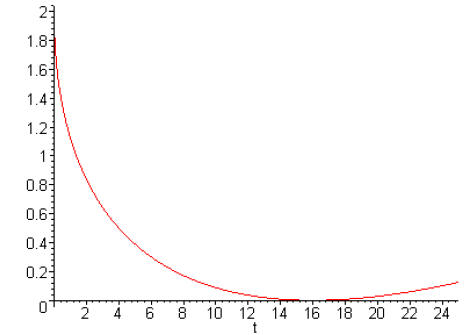 Note that the approximation appears to be very good between 14 and 18: 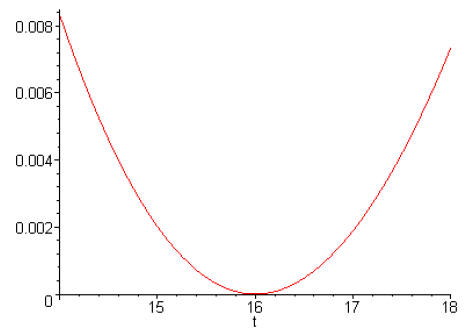 We can extend this notion of local approximation to higher orders. The next step is to consider
quadratic approximations.

For a function f, we wish to construct a quadratic polynomial which is the best approximation
to f near a given point (x0, f(x0)). Following the reasoning above, we want to find a quadratic
function which passes through (x0, f(x0)) and has the same first and second derivatives as f at
that point. This is best done by writing a quadratic in the form:
q(x) = c + b (x − x0) + a (x − x0)2 .

Note that the linear piece of our quadratic function is the same as the tangent line. Finally, since
q"(x) = 2a, the condition q" (x0) = f" (x0) means that we must take

So, our quadratic approximation becomes

In our example above, we looked at the linear approximation to the graph of f(x) = √x at the
point (16,4). Since

the quadratic approximation at the same point is

Let’s look at a plot of this, together with a plot of f, to see how close the approximation is. 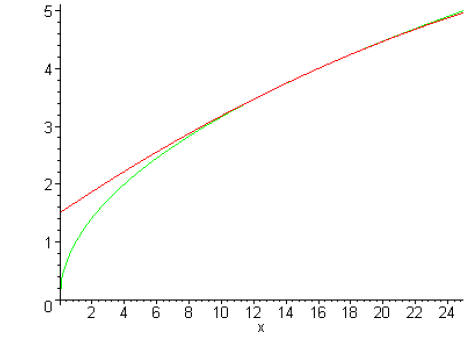 This approximation looks very good near (16,4). Let’s look at the plot of the difference over a
smaller interval. 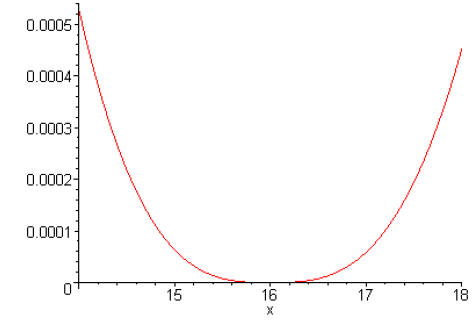 accuracy by about a factor of 10. That’s pretty impressive, and fairly representative of what happens with other examples.